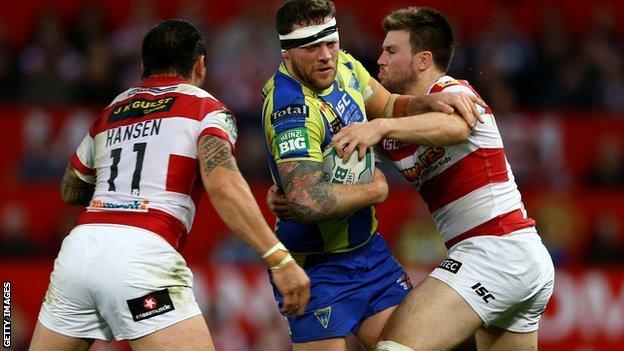 Super League has agreed a deal with energy supplier First Utility to become the competition's title sponsor for the next three years.

Last season was the first time that the league had been without a sponsor.

Super League commercial director James Mercer said: "We are very excited about their commitment to the sport.

"We have been working with them over the last few months to create a unique partnership which will support both of our significant growth aspirations."

This will be the last season when the league will feature 14 teams after plans to restructure the league to a 12-club competition were announced last week.

The value of the sponsorship agreement has not been revealed.