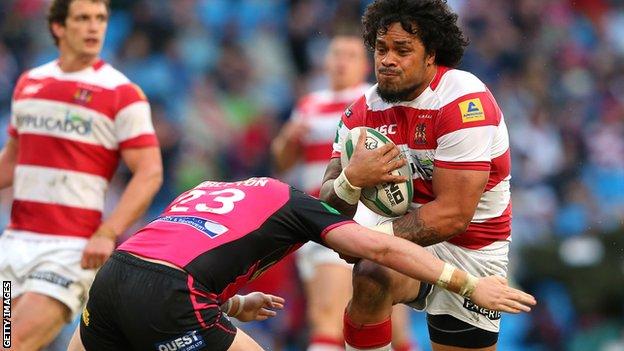 Wigan Warriors have released prop Epalahame Lauaki from the final year of his contract and the player has returned to New Zealand.

Lauaki, 29, joined the club from Hull FC in 2012 on a three-year contract, having made 54 appearances for the Black and Whites.

In all, he played 35 times for Shaun Wane's side, scoring two tries.

"After numerous requests over the last year to be released, the club has agreed," said a Wigan statement.

The powerful forward was able to play just seven times in the club's 2013 double-winning season because of injury, and missed both the Challenge Cup final and Grand Final.

He previously played for New Zealand Warriors in the NRL and represented Tonga in the 2008 World Cup.