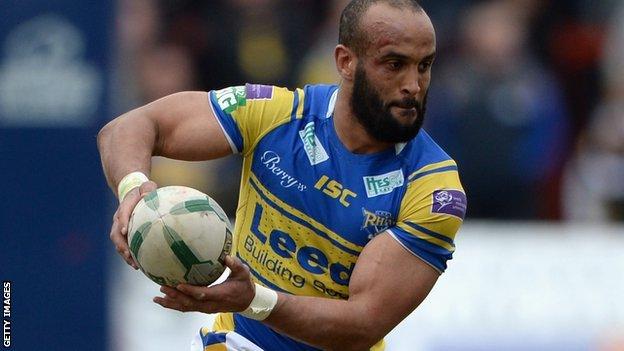 Leeds Rhinos prop Jamie Jones-Buchanan has signed a deal tying him to the club until the end of the 2016 season.

The 32-year-old has spent his whole career with the Rhinos, playing 307 times and winning six Grand Finals.

"Even though I'm getting a little older now I still feel I have a lot to offer on and off the pitch."

The England international added: "There was never any chance of me going anywhere else. I've only played for my amateur club Stanningley and Leeds and when I retire that will be something to be proud of.

"This club isn't just about good players, it's about good people. We want to make this club as good as it can be in every way."