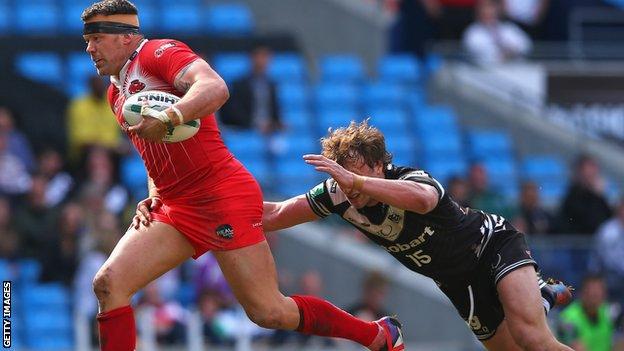 The 33-year-old prop was on the club's coaching staff after joining from Salford last summer, but will now be part of head coach Shaun Wane's squad.

It will be his second stint as a player for last season's double winners, having played six games in 2006.

"Wigan are a huge club. I am looking forward to playing my part for what is a really exciting year," said James.

He will wear the number 28 shirt and could make his first appearance on Sunday in Paul Prescott's testimonial game at Workington Town.

The club said in a statement: "Jordan will concentrate on his new playing role with the club.

"His position helping develop young players for the club in south Wales will be re-staffed to ensure player development with Wales continues."