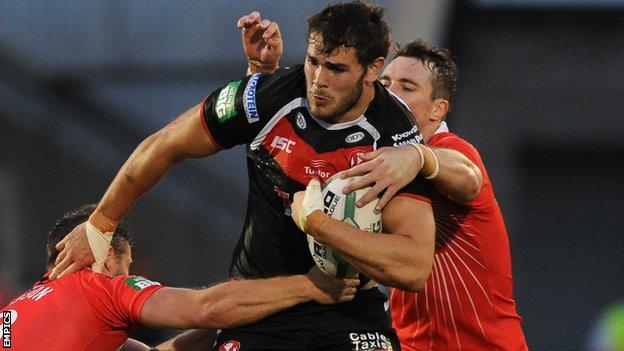 Swift, 19, and 23-year-old Walmsley have both signed to stay with Saints until after the 2017 campaign.

"It's a club I have always wanted to play for and I have enjoyed my time here so far," said Swift.

"There will be a lot of competition for places and that strength in depth is not only good for the club this season but in the future too," added Walmsley.

Utility back Swift joined the club from amateur side Blackbrook in 2011, scoring a hat-trick on his debut against Widnes a year later.

Prop forward Walmsley joined Saints in 2012 from Championship side Batley Bulldogs, and has gone on to make 26 appearances for the club.