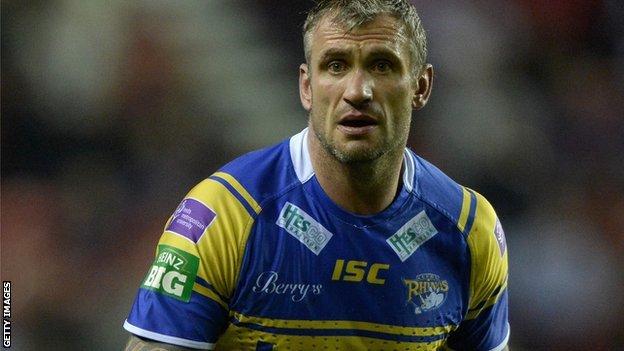 Leeds Rhinos prop Jamie Peacock has signed a contract extension, tying him to the Super League club until the end of the 2015 season.

The 36-year-old's previous deal was set to expire at the end of this term.

The former England captain enjoyed a fine 2013 campaign as he won the club's player of the year accolade and was nominated for the Man of Steel award.

"I am looking forward to the new season and the next two years," he told the Rhinos website.

"Last year was the first time in over a decade that I had a full off season and I can feel the benefit of that again this winter as I look towards the new campaign.

"I still have a lot of goals I want to achieve in the next two seasons and high in those priorities is helping the transition of this group of players onto the next stage of their career and helping the Rhinos maintain the success we have had in recent years."

Peacock joined the Rhinos from Bradford Bulls in 2006 and has won the Super League Grand Final a record eight times.