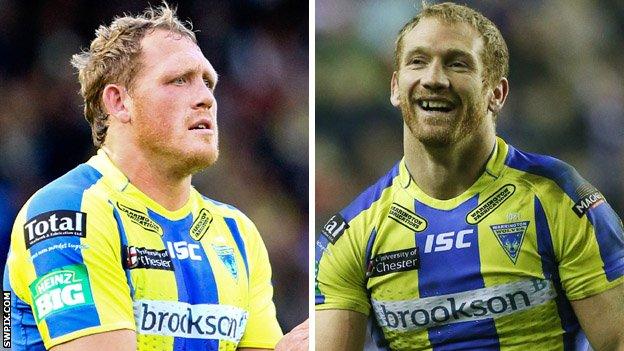 Warrington have appointed prop Ben Westwood and hooker Michael Monaghan as club captains for the 2014 season.

The pair will share leadership responsibilities following the departure of Adrian Morley to Salford.

"It's something that I've thought about over the last few years, so I'm over the moon to be able to get this chance," said 32-year-old Westwood.

Monaghan, 33, added: "Hopefully I'll lead by example with the boys and go about business the way I have."

The Australian, who will start his seventh season in a Wolves shirt after joining the club from NRL side Manly, said his new role would not affect his approach to playing the game.

"It's not going to change too much of what I do," he said. "The position I play pretty much lends itself to being a leader and being vocal that won't change."

England international Westwood said whoever had been given the job would have fully merited it.

"We've got a team full of leaders and [head coach] Tony Smith could have chosen any one of us," added the former Wakefield man.

"I'll be looking for some help off them and, hopefully, together as a team we'll come good."