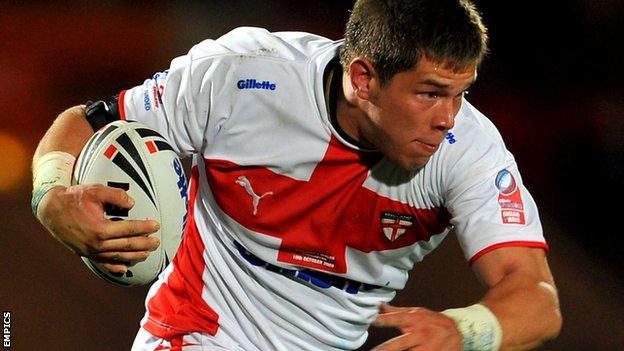 St Helens prop Louie McCarthy-Scarsbrook has signed a new contract keeping him at the club until the end of the 2016 Super League season.

McCarthy-Scarsbrook, 28, joined from Harlequins in 2010, and has gone on to make 91 appearances for Saints.

"Louie is versatile, as he proved last season, and can play anywhere in the pack," said coach Nathan Brown.

McCarthy-Scarsbrook added: "Saints are a great club who want to win trophies. I want to achieve things in the game."

The England forward made his first-team debut for the London side in 2005, playing nearly 100 games for the side before moving up north.

Having made 29 appearances in Super League last season, McCarthy-Scarsbrook managed 738 tackles, the most in the side.

"I came north to win things and I'm sure we can do that," he said. "I know I am not the finished article and I have to continue learning.

"I put pressure on myself to strive to be the best I can and I'm looking forward to this season and the future."

Brown added: "Louie is a very good player who is popular amongst his team-mates. He also has a lot of scope for improvement and his career is on the rise."