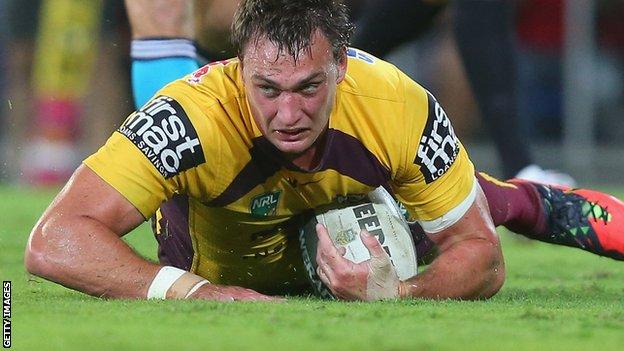 The 25-year-old made his National Rugby League debut for the North Queensland Cowboys in 2008 and has spent the last two seasons in Brisbane.

"He has shown outstanding character and will prove to be a strong part of the capital's pack."

Slyney has a British-born grandfather and is therefore eligible for an ancestry visa.

"I'm excited to be given the opportunity to play for the London Broncos in the Super League," he said.

"The opportunity to live and play overseas is one my girlfriend and I are extremely eager to take up as a new chapter of my footy career."

Slyney is the club's 10th signing since the end of last season. The length of his contract has not been disclosed.