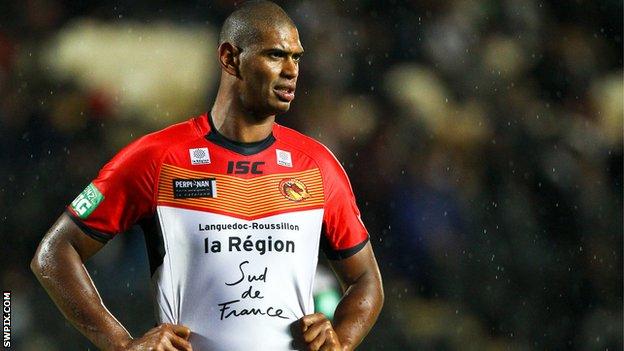 Catalan Dragons back Leon Pryce says Super League must do something to stop star players leaving for the NRL.

England full-back Sam Tomkins, who for a world-record fee, was one of six Englishmen to move down under for 2014.

"It always worries me because you want the best talent to stay in our league," Pryce told the Super League show.

English-born players moving to NRL clubs for the 2014 season

"But the reality for those players is moving to an NRL club is the best financial option for them."

The NRL's basic salary cap is £2.83m compared with the £1.65m Super League clubs can spend on wages.

Utility back Pryce has spent his entire career in the northern hemisphere since making his Bradford Bulls debut in 1998.

The 32-year-old then spent five years with St Helens before moving to Perpignan in 2012.

"It's not just the money, but the experience of going to play in another country and in the best competition," he continued.

"Something has to be done, but I'm not someone who knows what that is.

"On the one hand, it's nice to watch the Burgess brothers [playing for South Sydney] and it'll be great to see Sam Tomkins playing there.

"But we can't keep losing our superstars. I'd rather be looking forward to watching them in Super League on a Friday night."