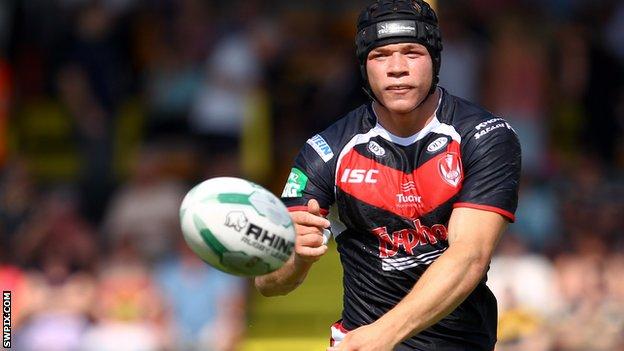 Jonny Lomax has signed a new contract to remain with St Helens until 2017.

Versatile Lomax impressed in the full-back role for Saints last season and has taken the club's number one shirt from veteran captain Paul Wellens.

"It gives me security and also the excitement to carry on playing for my hometown club," the 23-year-old told BBC Radio Merseyside.

"We're in a great new stadium and it's not just what's happening on the field, it's what's going on off the field as well. They both look pretty good."

St Helens begin their 2014 Super League campaign on 13 February with an away fixture at local rivals Warrington Wolves.