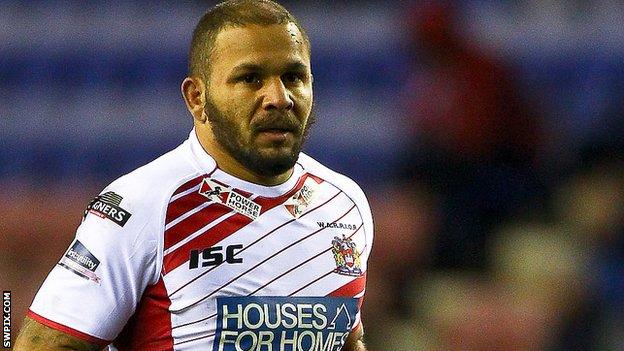 Matty Bowen is free to play for Wigan in the World Club Challenge after escaping punishment for a high hit in the defeat by Huddersfield Giants.

The 31-year-old was placed on report by referee Richard Silverwood after catching Giants full-back Scott Grix late during the 24-8 loss on Friday.

But the Rugby Football League's review panel judged that the initial contact was with Grix's shoulder.

The former Australia international was making his Super League debut for the Warriors following his winter move from NRL side North Queensland Cowboys.

Champions Wigan have taken a squad of 27 players down under and will begin their preparations for the World Club Challenge with a warm-up fixture against New Zealand Warriors on Wednesday.