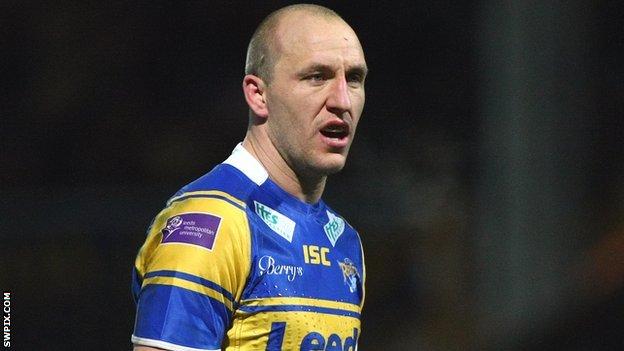 Leeds Rhinos forward Carl Ablett has signed a new five-year deal with the Super League side.

Ablett, who had signed a five-year contract in 2012, made his debut for the Headingley side against London Broncos in July 2007 and has made 195 appearances in all competitions.

Leeds start their 2014 campaign with a trip to Hull KR on Sunday.

Ablett said: "I am delighted to have agreed a new long-term deal with the club. Leeds is the club I grew up supporting and always wanted to play for.

"We have had some fantastic times in the recent past but the most exciting prospect is what this group can achieve in the future.

"We have got a great group of players for this season and everyone is hungry to get back to major finals and hopefully win more silverware. We have had a tough pre-season but everyone is in good shape and ready for Hull KR on Sunday."

Rhinos head coach Brian McDermott added: "Carl has many more years to play yet he can already look back at a hugely successful career and still be even more excited with what's on offer to him and this team in the next few seasons.

"It's an exciting time for the current team as over the course of the next few years there'll be a significant transition of the old guard handing over the task of maintaining succeeds to our new leaders.

"We see Carl as one of these men to lead from the front and continue the clubs philosophies that have been in place for a good few years."