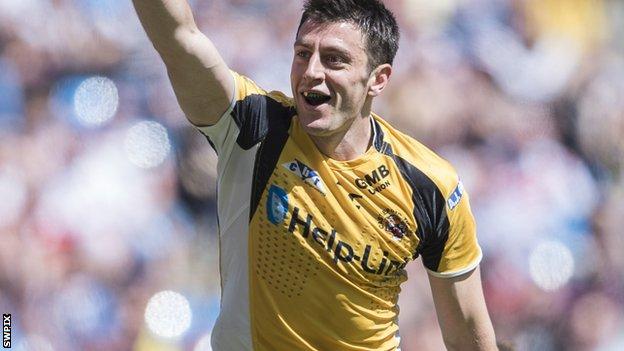 "I've been here quite a while now and I've seen the club go through some different stages and this is an exciting time, with a settled set-up," he told BBC Radio Leeds.

"It was all sorted quickly and we can look forward now."

He added: "We've had a tough pre-season and we've gelled as a team. Now we want to prove that we're a different beast to the Cas from a couple of years ago.

"I think there is a different attitude about the place now and if you rest on your laurels you will be out of the team."