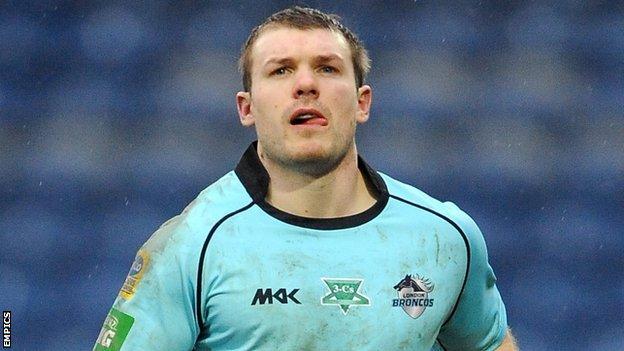 The ex-Hull KR player, 29, has also had spells with Wigan and London Broncos.

Colbon told Hull FC's website: "I looked at coaching as I wasn't sure if I'd find another club at this stage of the year, but this offer from Hull came out of the blue and I'm really excited.

"I've been doing a lot of fitness training on my own and I'm just really looking forward to getting back into a team environment."

Colbon is Hull FC's ninth new signing for the new Super League season, which they began with a 36-34 win over Catalan Dragons on Friday.

He was voted London Broncos' players' player of the season in both of the last two years.