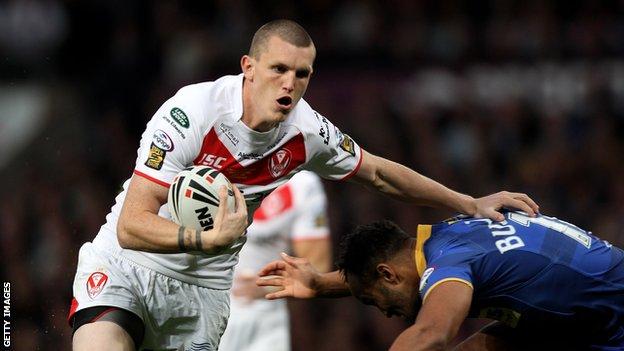 Bradford have suffered a major blow after new signing Lee Gaskell was ruled out for eight to 12 weeks with injury.

Gaskell, 23, suffered damaged knee ligaments during the Bulls' 23-10 win at Wakefield on Thursday in his second appearance for the club.

His injury follows the loss of prop Garreth Carvell and half-back Jarrod Sammut, who left during the club's transfer of ownership.

"It is a big blow for us, that goes with saying. Injuries are very much part and parcel of our sport and Lee has been very unlucky, getting injured from the kick-off - in only the second game of the season."

Cummins may now have to step up his efforts to bring in new players, having already signed forwards Danny Bridge and Anthony Mullally on loan.

The Bulls have been linked with a move for former Castleford half-back Ryan McGoldrick, who is still thought to be weighing up his options after being released by Salford.