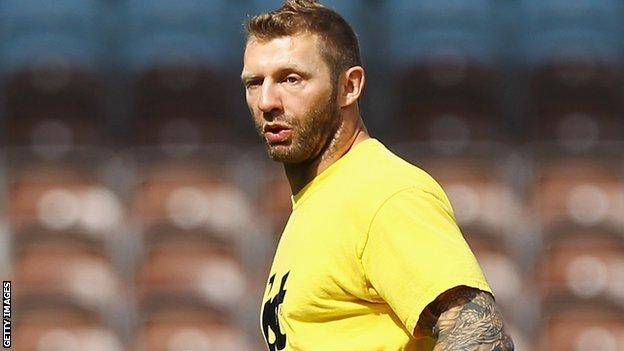 London Broncos have moved to clarify the reasons for Sean Long's exit from their coaching set up.

Long, a former Great Britain and scrum-half, announced he was quitting the Super League outfit last week because they wanted to make him part-time.

But the club have disputed this, saying the 37-year-old was dismissed for failing to meet expectations.

London Broncos wanted to change my contract to part time. Finding that very hard with the travel. Wish the boys good luck for the rest of the year

"Sean's performances as an assistant coach did not meet the professional levels expected," a statement read.

"As a result, his position as full-time assistant is no longer continuing.

"Whilst this decision had to be made by the club, we do wish Sean the best for the future."

Former Wigan, St Helens and Hull FC player Long, whose colourful career was ended by injury in August 2011, is now looking for a fifth coaching job in 12 months.

He resigned as assistant at Salford last April and, after his contract ended at Wigan after three months, he finished the season as football manager at Featherstone.

He went on to become assistant coach of Samoa in the 2013 World Cup before joining the Broncos in January.

The London club, who came close to administration before the start of the new season, have now appointed Australian Joe Grima as the official assistant to head coach Tony Rea.