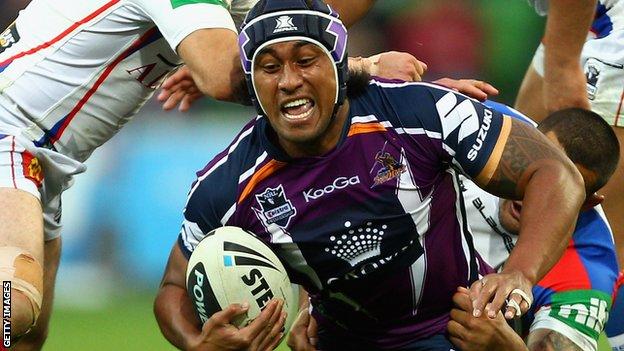 The 27-year-old began his NRL career with Cronulla Sharks in 2009 and subsequently played for Melbourne Storm before moving to the Dragons in 2012.

Sydney-born Vea has been capped at international level by Tonga.

"The squad is delighted to welcome the hard working and skilful attributes that Atelea brings to games," Broncos head coach Tony Rea said.

The club have also confirmed on-loan Leeds Rhinos trio James Duckworth, Alex Foster and Thomas Minns will remain at The Hive for the whole of the 2014 Super League campaign.