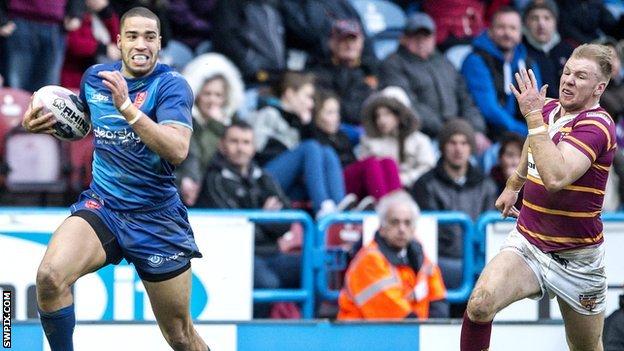 Huddersfield Giants coach Paul Anderson was furious with his side's second-half performance in their draw with Hull KR.

The Giants were 24-6 up at half-time but failed to score any points after the interval as the Robins levelled the score in the last minute.

"The result is irrelevant if I'm honest. I look at the performance and I thought our attitude stank," he told BBC Radio Leeds.

"Some players thought they were working hard when they weren't."

He added: "I thought at half-time that if our attitude was right we could have had a 50-point win but obviously that was the thing that was missing.

"I let my feelings be known because we were nowhere near my expectations. I looked at them at half-time and not one of them was remotely tired."

Huddersfield return to action on Friday with a trip to Widnes and Anderson is hopeful of seeing an improved display.

"We've got an opportunity now," he said.

"We've got a short turnaround before our next game so we'll have two good sessions and we have to get it right."