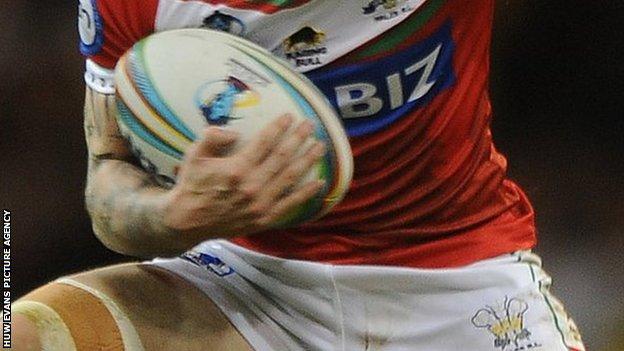 South Wales Scorpions' opening match of the season against Oldham was abandoned after players complained of hypothermia-like symptoms.

Scorpions general manager Ian Golden said: "The referee wanted to call it off earlier it was so bad."

Hamilton said one player, Dale Bloomfield, could not feel his arms when he was substituted five minutes into the second half.

He added: "Our physio kept going on to the players. As it got colder, and the rain came down harder, three more of our players started to feel the same symptoms."

The Rugby Football League will decide later this week whether the result will stand.