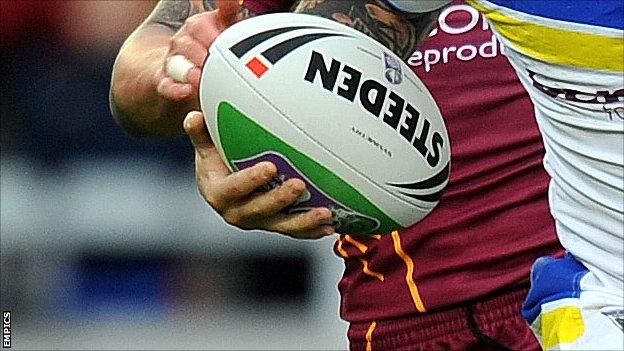 Oldham have been awarded victory in their Championship One fixture against South Wales Scorpions after it was abandoned because of health concerns.

The game was called off after 72 minutes, with Oldham leading 18-4, because several players were showing signs of hypothermia.

The Rugby Football League have now said the result will stand and the game will not be rescheduled for another date.

Both South Wales Scorpions and Oldham have supported the decision.