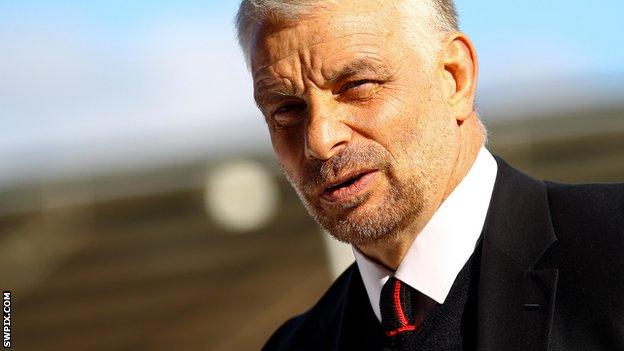 Coach Brian Noble says a "challenging period" for Salford is not being helped by a series of injuries to key players.

"That's the nature of the game. These injuries tend to come all at once and challenge you when you're in a challenging period," Noble said.

Speaking to BBC Radio Manchester, he continued: "Sa'u had a sore shoulder and couldn't come back on [against Widnes]. Rapira looks a bit more serious.

"[Full-back] Jake Mullaney limped off and should have come off but we couldn't afford for him to come off."

England second-row forward Hock [ankle] and prop Griffin [knee] are expected to be out of action for the next six to eight weeks, while Meli has an eye problem that is likely to keep him out for another two weeks.

Half-back Chase has been sidelined since suffering a leg injury early in his Salford debut on 16 February but Noble is positive about the possibility of him returning to face his former club Castleford on 23 March.

"I'm hopeful that he's the nearest to being back," added the former Great Britain coach.

"It's probably too early for next week [against Warrington] but he's busting a gut to be ready for the Castleford game."