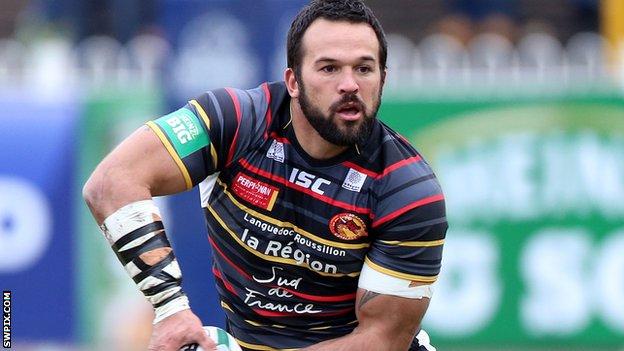 The 28-year-old was making his first appearance of the season having last month.

Meanwhile, full-back Brent Webb, 33, has been sent for a medical assessment because of concerns over his recovery since

Catalan say he "failed to find his form and confidence" since the operation."

The former New Zealand international has already missed two games this season as his side started their Super League campaign with four defeats.

He has made just five appearances since

The French side, who already have nine players out injured, have further depleted their first-team squad by dropping France prop-forward Jamal Fakir into their reserves.

The 31-year-old will now play in the French Elite championship until the end of the season.