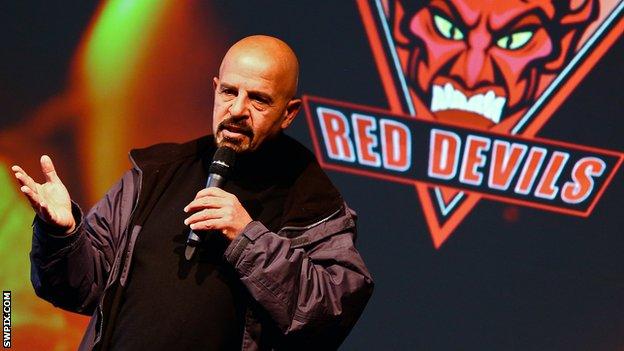 Salford Red Devils owner Marwan Koukash has been fined £1,000 for misconduct by the Rugby Football League.

He was found to be in breach of Operational Rule D1.8, by "engaging in conduct which is prejudicial to the interests of the game".

The punishment relates to comments made by Koukash on social media site Twitter and for using foul and/or abusive language at a public event last month.

Koukash has also been warned about his future conduct by the RFL.