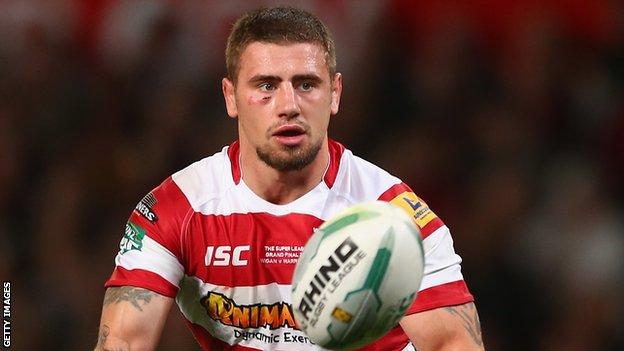 The 26-year-old England hooker was found guilty of a reckless high tackle in Wigan's 36-31 loss at Castleford Tigers on Sunday, 9 March.

The RFL have also fined Castleford's Justin Carney after he pleaded guilty to a punching offence in the same game.

The Australian winger struck Wigan's John Bateman in the seventh minute of the match.

Salford's Steve Rapira and Louis Anderson from Catalan Dragons were both given one-match bans for making dangerous contact with an opponent.

It was McIlorum's first game for the Warriors since signing a new contract at the DW Stadium.