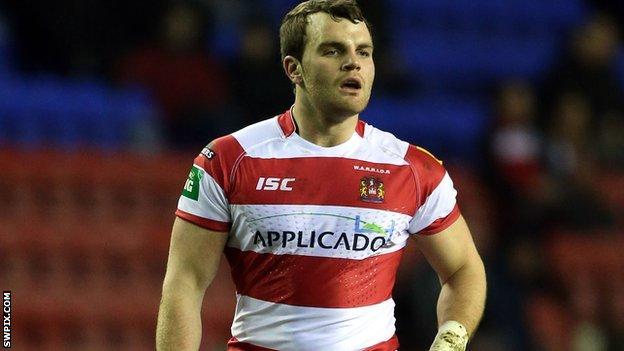 Wigan Warriors prop Greg Burke, who was on loan at Bradford, will miss at least six weeks with a dislocated shoulder.

The 21-year-old was due to spend a month with the Bulls, but has gone back to Wigan with a view to returning to Odsal once he has fully recovered.

Warriors head coach Shaun Wane told the club website: "He had it X-rayed at Bradford and nothing showed up.

"We have since had it scanned in detail and it's come up with a dislocation, so it will be six or seven weeks."

But Wane revealed that Burke should continue his loan once he is fit again.

"It is a blow for Greg as he was looking to get some game time under his belt," Wane continued.

"The plan is that he will return to Odsal though once he has fully recovered.

"He'll go back to Bradford. It will do him good to do another month somewhere else."