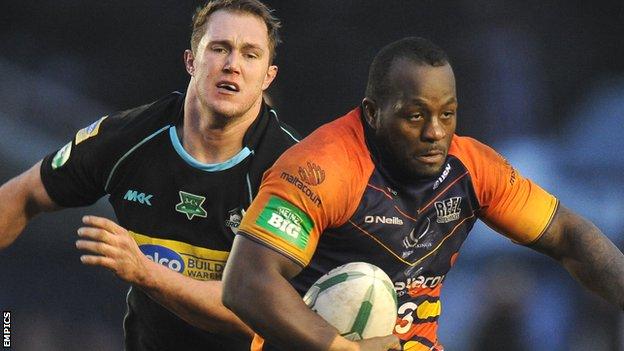 The 29-year-old made Widnes his seventh club in 12 years when he joined them on a trial in October 2012, before signing a contract three months later.

Betts told BBC Radio Merseyside: "To see him progress and see him do well, that's what coaching is about.

"He took his opportunity. Phil did the work, I created the opportunity for him and he took it."

Joseph had spells with Huddersfield, Hull KR, Halifax, Oldham Roughyeds, Swinton and Bradford, before being released by the Bulls at the end of the 2012 season.

He made 23 appearances for Widnes last term and and has played in all three of the Vikings' victories this season, which have put them fourth in Super League.

Betts, though, was keen to share the credit for the turnaround in Joseph's fortunes.

"It wasn't just me, there were a number of circumstances that led to Phil being here," Betts added.

"He said the right things when we had a meeting. I knew people who knew him really well, Kevin Brown worked with him at Huddersfield.

"It is using the people around you that you really trust - to build a picture of somebody.

"I gave him the opportunity but the credit has to go to Phil. He has realised what he needs to do to be a successful rugby player."