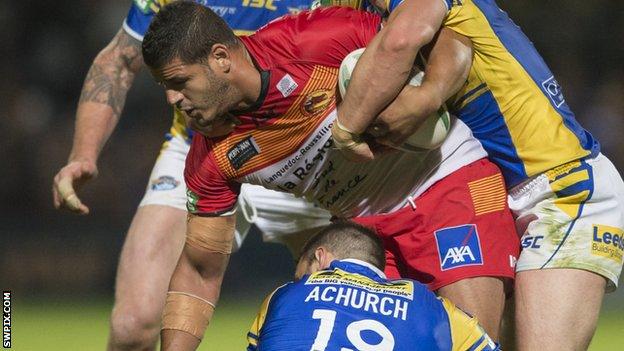 Super League strugglers Catalan Dragons have released prop-forward Jamal Fakir, three days after for the rest of this season.

The Perpignan-based side have suffered four straight defeats this term, with 31-year-old Fakir featuring in three.

Though born in Morocco, he has won 27 caps for France, and played for them in the Rugby League World Cup last autumn.

"He's an honest, responsible man with courage to admit he was not 100%," said chief executive Christophe Jouffret.

"Jamal has been a key player in the team since the beginning, and the whole club wishes him well in his future choices."

Fakir has made a total of 147 appearances for the Dragons since they joined Super League in 2006.