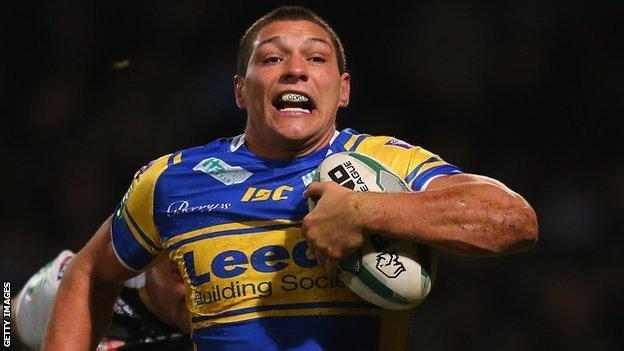 Winger Ryan Hall has signed a new five-year deal with Leeds Rhinos which will run until the end of the 2018 Super League season.

Hall was a member of the England side which reached the semi-finals of the World Cup on home soil last year.

"I have always signed long-term contracts with the club," the 26-year-old told the Rhinos website.

"I never had any intention of going anywhere, but it is nice to feel that the club want me."

Hall's new deal allays fears that he might have followed Sam Burgess in switching codes to rugby union or pursuing his career with a move to Australia's NRL.

Instead, he has committed to the club where he has spent his entire career and scored 158 tries in 197 appearances.

"This is a great club, who do things the right way, and I want to be part of helping the club move forward over the next few years," he added.

"There is a great nucleus of players here who want to stay together and achieve more success for Leeds Rhinos."