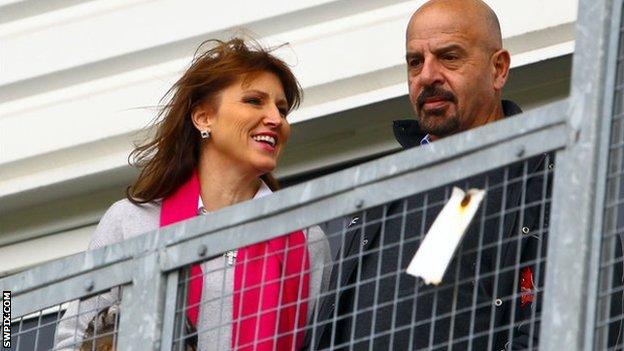 Mandy Koukash has announced that her bid for Bradford Bulls "will not be the winning one".

The Bulls were deducted six points after entering administration for the second time in two years in February.

"Would like to wish all other bidders the best. I'm hearing my bid will not be the winning one. My bid was focused in helping the Bulls," she tweeted.

"As I understand, the RFL has nothing to do with the decision. It is based on the highest bid to pay the old debt.

"If possible, I would consider working with the winning bidder."

The Bradford Bulls 2014 consortium had their bid for the club accepted in February but pulled out of the purchase over what they perceived an overly severe punishment from the governing body.

That left the Bulls facing an uncertain future and first team players Nick Scruton and Jarrod Sammut have moved to neighbours Wakefield as the club has looked to cut costs.

The Bulls, who were hammered 66-18 by Huddersfield Giants on Sunday, are currently bottom of the table with minus-two points