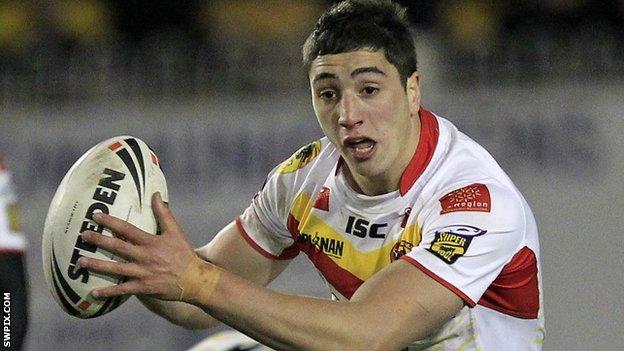 The 23-year-old France international joined the Broncos in February and played two Super League games for the north London club.

He appeared in the opening game of the season against Widnes Vikings, landing one goal.

The following week he was in the side which face Salford Red Devils at The Hive and scored three goals.

Gigot previously spent time in the London club's academy, when they were known as Harlequins RL.