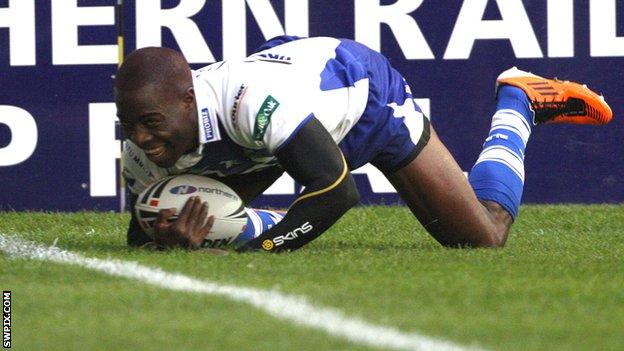 Halifax winger Rob Worrincy has been suspended for six months after breaching the Rugby Football League's rules on betting.

The 29-year-old admitted placing a series of bets, including bets on matches in which he played, between May 2012 and September 2013.

The tribunal accepted that there was no suggestion of match fixing.

Halifax said they would welcome Worrincy back at the end of his ban in a statement on their website.

But they added that they "wholeheartedly support the RFL in protecting the integrity of the game by preventing players, and others connected with the game, gambling on domestic rugby league" and were disappointed to find one of their own players had broken betting rules.

In February, Batley Bulldogs duo Johnny Campbell and Ayden Faal were banned for 12 and six months respectively for betting offences.