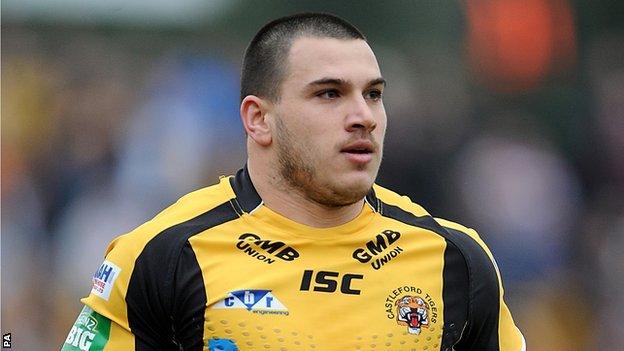 Justin Carney ran in a hat-trick of tries as Castleford swept past Batley and into the Challenge Cup fifth round.

Championship outfit Batley had performed impressively to remain within a converted score of their Super League opponents going into half-time.

But the Tigers pulled clear in the second half, adding seven more tries.

Josh Griffin and Lee Paterson replied with tries for the Bulldogs.

"They found a weakness and went for it again and again.

"It shows how clinical you have to be in elite sport. I thought Castleford were very good. They play a high-tempo game and took their chances well."

"This can be a hard place to come. Batley have made it a tough place for Super League clubs. But I thought the players responded well to the challenge.

"Luke Dorn and Marc Sneyd helped us get a grip in the first half and then after the break I thought we were excellent."