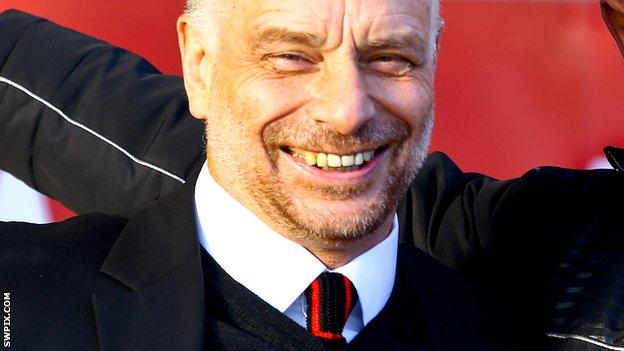 Coach Brian Noble praised Salford's fighting spirit as the Red Devils reached round five of the Challenge Cup with an extra-time win at Hull FC.

"I think there's been a lot of unfair things said about us from lots of corners and we know we're going to be challenged everywhere we go," Noble told BBC Radio Manchester.

"Our attitude and our desire to find a way to win was exemplary."

Salford trailed by six points with a minute remaining but sent the tie into extra-time when winger Francis Meli completed a hat-trick of tries and Jake Mullaney nervelessly converted from the touchline, before England half-back Chase clinched a place in the last 16.

"It was a great Challenge Cup tie. To win it in the manner we did increases the emotions and I'm really thrilled for the players.

"I feel for Hull because those games, while they are thrilling for one team, are heart-wrenching for the other."