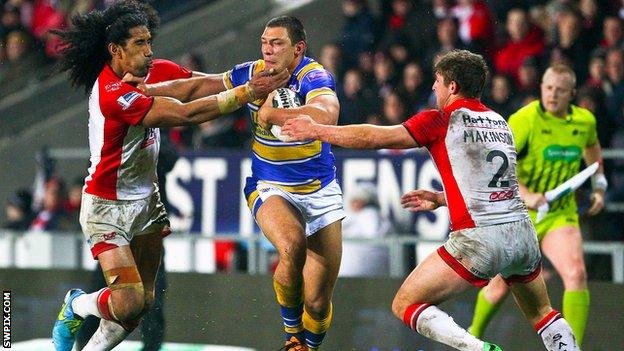 Super League leaders St Helens will travel to third-placed Leeds Rhinos in the fifth round of the Challenge Cup.

Leeds eased past Wakefield in round four on Sunday, while Saints were controversial winners at Huddersfield.

Holders Wigan and 2012 victors Warrington have been handed home ties against lower-league opposition.

All eight ties will be played from 25-27 April.