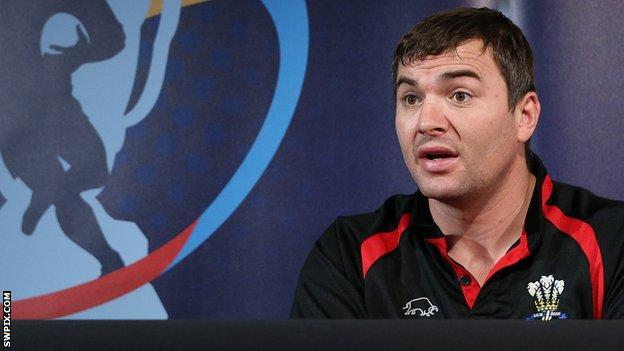 Iestyn Harris's Salford ran in seven tries as they defeated his old side Bradford Bulls in his first game in charge of the Red Devils.

Jake Mullaney, Junior Sa'u, Tim Smith and Matty Ashurst all ran in first-half tries to open up a 22-6 interval lead.

Bradford's fifth successive Super League defeat leaves them still rooted to the foot of the table, still two points adrift of London Broncos on -2, thanks to the Bulls' pre-season points deduction after going into administration again.

Salford struck first through Mullaney's try before the Bulls hit back swiftly when Jamie Foster converted Purtell's score, the first of four successful kicks, to generate a 6-4 lead.

But the Red Devils then grabbed three tries in 13 minutes before the break to go in 16 points ahead and, although Bradford refused to lie down, they could only match their opponents try for try in the second half and were always at least two scores behind.

"We are three good plays on and then one off, both in attack and defence.

"We are good in spells but our concentration is not good enough.

"We kept coming up with silly errors. We gave them cheap ball and bought blatant dummies.

"Salford have some great individuals who are capable of unlocking a defence and we made it too easy for them."

"I'm obviously really happy to win - that was important in the first game as Bradford are a difficult side at home.

"There's a lot of areas we need to improve in as we go on but there were some half-decent signs and we need to make sure we work on them to move forward.

"We've adjusted some things already but there is no magic wand in rugby league - it's about getting into good habits consistently, both defensively and offensively.

"Bradford are a resilient side. In all the games I've watched them in this season, they've got a bit of steel about them. They've been through a lot off the field this season. Inevitably, that brings you together and you can see that unity within that group."