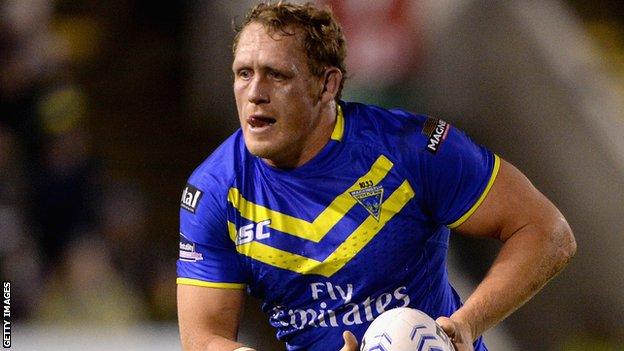 Warrington will be without joint-captain Ben Westwood for around a month because of a calf injury.

The England second-rower, 32, has been with Warrington for more than a decade and has led the side along with Michael Monaghan this term.

"You only need to see the amount of work he gets through in a game to realise he's going to be a loss to any side," he told BBC Radio Manchester.

"In the last couple of seasons, we've lost Ben for a couple of games at a time or he's been rested and we know we can cope without him.

"It gives an opportunity for someone else and hopefully they can perform up there towards Ben's standards."