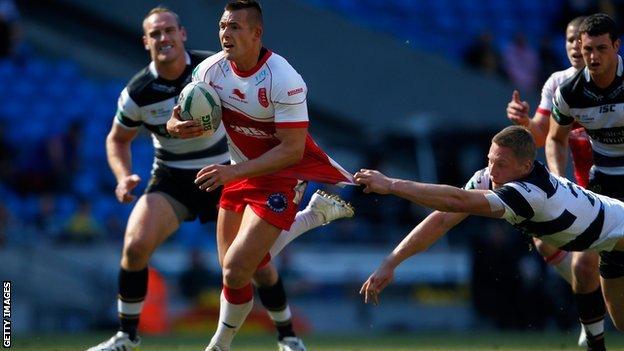 City, who face Arsenal at Wembley, are in the final for the first time.

A Rugby Football League spokesman told BBC Radio Humberside: "The Magic Weekend fixtures were finalised in January and it's not possible to change now."

Magic Weekend, which features all 14 Super League clubs, is being held at Manchester City's Etihad Stadium for the third successive year.