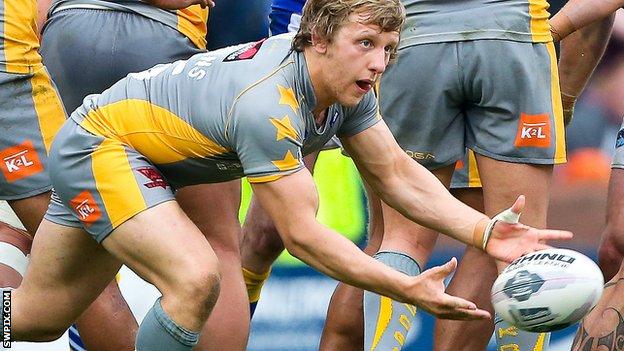 Tomkins has played three times since joining Salford on 8 April and scored a try in Monday's defeat at Leeds.

The 21-year-old initially joined for a month but will remain with the Red Devils for the rest of the campaign.

He will be available to feature in their Challenge Cup games and against his parent club in Super League.