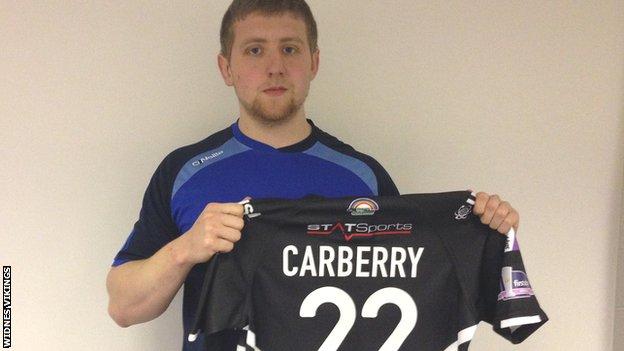 Former Wigan youngster Carberry is currently recovering from the broken leg and ankle ligament damage he suffered in a pre-season warm-up game.

As a result, the 21-year-old is yet to make his competitive debut for Widnes.

"Liam has been unlucky with injury but we believe it is in our own interests to develop the potential we have seen in him," said coach Denis Betts.

Carberry added: "I joined last year and worked hard to get myself right after an injury setback, so to get injured again on the eve of Super League was a big blow for me.

"However, I've worked hard since then and I'm only a couple of weeks away from playing again. I'm keen to repay the faith Denis and the coaching staff have shown in me," he told the club website.