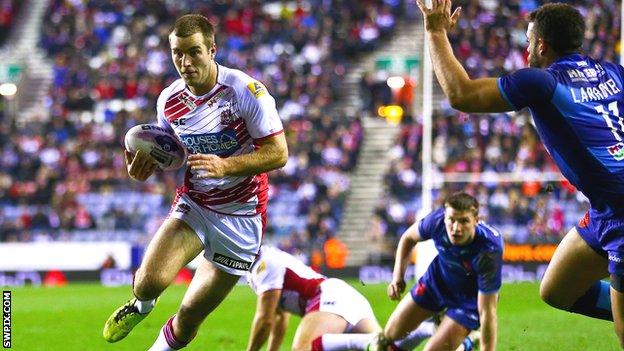 Wigan Warriors could be without Iain Thornley for the rest of the season as he needs a shoulder operation.

The 22-year-old, who can play at centre or on the wing, tore a pectoral muscle in the win over St Helens on 18 April.

"Losing two front-rowers for a decent amount of time is a blow but we have to deal with it," said coach Shaun Wane.

Wigan are already without England international Josh Charnley because of a knee problem.

Thornley, who returned to the Warriors in 2012 after a spell playing rugby union for Sale Sharks, started the season in prolific form, scoring seven tries in his first seven Super League outings.

He was also a try scorer in Wigan's Challenge Cup final win over Hull FC at Wembley last August.

Wane's side host Hunslet Hawks in the fifth round of the competition on Sunday.