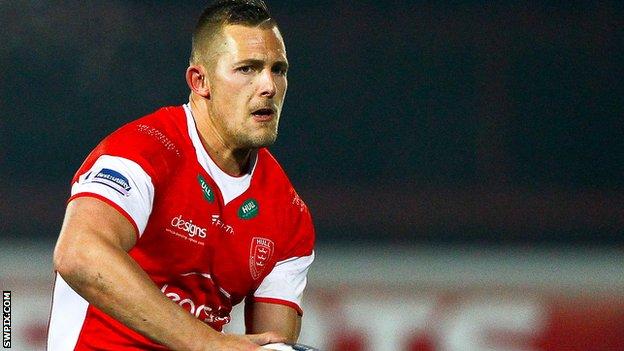 The 23-year-old has scored two tries in six Super League appearances for Rovers this season.

Eden began his career at Castleford and later had a spell with Huddersfield Giants before joining the Robins at the start of the 2013 season.

Earlier this week, Salford extended the loan of Wigan Warriors hooker Logan Tomkins until the end of the campaign.

Iestyn Harris's side face Widnes in the fifth round of the Challenge Cup on Sunday.