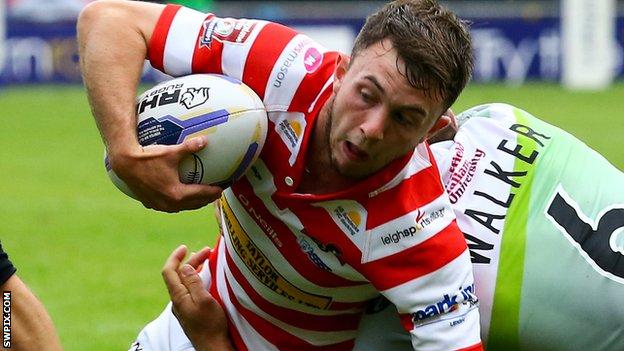 The Leigh scrum-half's treble and goal, added to scores from Liam Kay and Kurt Haggertry, were enough to see off Rovers five tries to four.