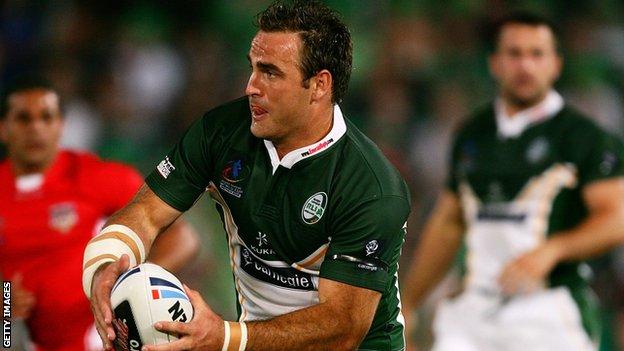 Former Hull KR and Ireland prop forward Ryan Tandy has died at the age of 32.

Australian-born Tandy represented Ireland at the 2008 World Cup, when Andy Kelly's men won their group before being knocked out by Fiji.

He played for Hull KR during the 2007 Super League season and also had spells with Widnes and Whitehaven.

Tandy was banned for life after being convicted of match-fixing while playing for Canterbury Bulldogs against North Queensland in 2010.

In a statement, Rugby League Ireland said: "We pass on condolences to the family and friends of Ryan Tandy who sadly passed away today in Saratoga, Australia.

"Ryan was a larger than life character and we would like to express our thanks for his commitment during the World Cup."