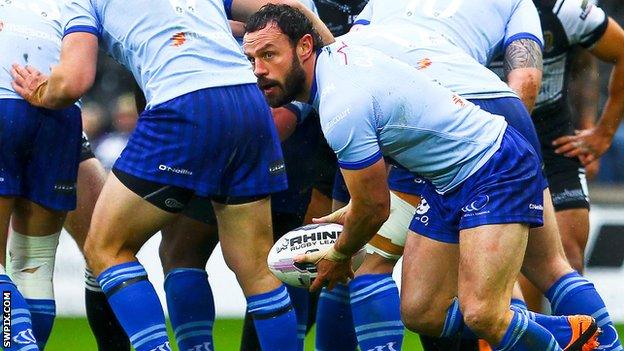 But the experienced hooker has warned the Vikings of complacency against a side eighth in the Championship and the lowest-ranked team left in the event.

"You can come unstuck very easily. This is their cup final," the 35-year-old told BBC Radio Merseyside.

"We'll prepare as meticulously as if we were playing Wigan at Wigan."

Widnes, who have not appeared in a Challenge Cup final since losing to Wigan at Wembley in 1993, have beaten Halifax and Salford Red Devils on their way to the last eight in 2014.

Meanwhile, prop Eamon O'Carroll has agreed a new two-year contract with the Vikings.

The 26-year-old joined from Hull FC in June 2012, and although he is currently out with a shoulder injury, the Ireland international remains part of coach Denis Betts' long-term plans.