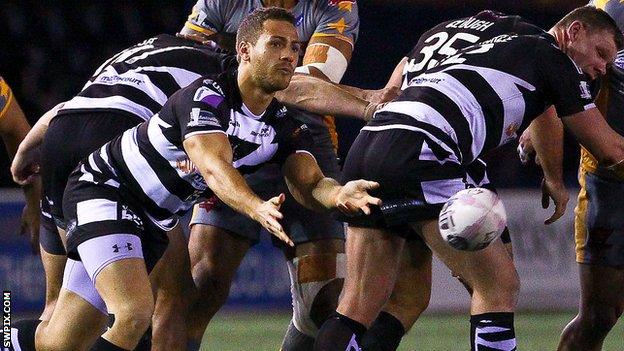 Lloyd White has become the sixth Widnes player to sign a new contract with the Super League club in recent weeks.

The Wales international, 25, has agreed a two-year deal with the Vikings.

"I'm really excited about the next couple of years for him as I believe we will see a really good player emerging.

"He's already a good player but there's so much more to come from him."