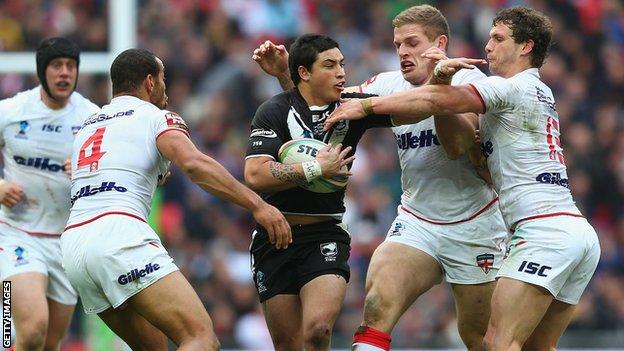 The 25-year-old has agreed a three-year contract with the Super League club and will link up with the Red Devils for pre-season training in October.

England international Sam Tomkins has been preferred in the full-back role.

Owner Marwan Koukash described Locke as "one of the most exciting talents in the game" and added that his signing proves Salford will be "competitive at the very top of the sport".

Coach Iestyn Harris said: "There is no doubt in my mind that next year we will have the most exciting full-back in the competition.

"Anybody who has seen Kevin play will have seen how fast he is, but his game is more than raw pace.

"He is a class act and he will light up Super League for at least the next three seasons," Harris told the club website.

Locke has won eight caps for New Zealand, scoring two tries, but he has not played for his country or the Warriors since the Kiwis were beaten in November's World Cup final by Australia because of a knee injury.

Koukash added: "Kevin is one of two major signings we have made for 2015 this week and we will be releasing more information on the other later in the season."