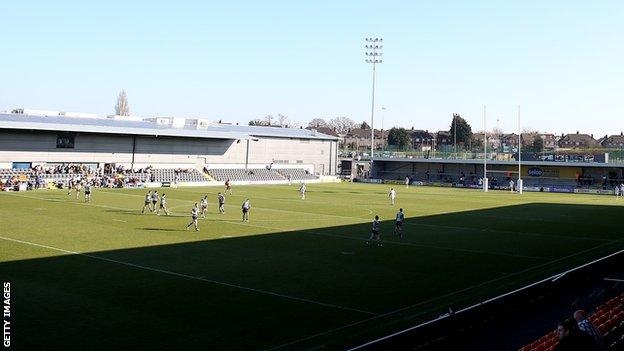 London Broncos have signed prop forward Maxime Herold on a short-term deal from French side Limoux.

The 24-year-old, who will be with the Super League club for four weeks, was recommended by former Broncos player Karl Temata, who now coaches Limoux.

"Tony Rea and I believed that he would be beneficial to the club moving forward," Broncos head coach Joe Grima told the club website.

"He seems a good size, is well paced and has good skill levels."

He added: "He had his first training session with us on Tuesday and has fitted in really well apart from the language barrier. He did everything I asked of him."