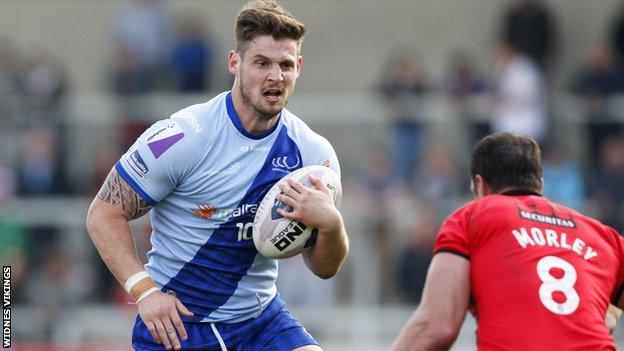 Widnes Vikings prop Ben Kavanagh has signed a new two-year contract with the Super League side.

The 26-year-old Scotland international has made 148 appearances for Vikings since joining in 2008 following an initial loan spell from Wigan Warriors.

"I'm really enjoying my rugby at Widnes and I'm excited about the future and what we could achieve here," he said.

"I'm over the moon to sign. It's good that it's now out of the way as I can concentrate on my rugby league."

"He's a big man who has lots of ability and skill and we need to keep extracting that out of Ben and that's only going to benefit him and make the team better," Vikings coach Denis Betts said.