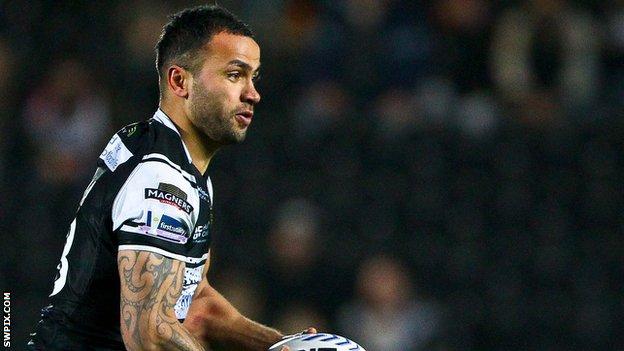 Hull FC hooker Aaron Heremaia has agreed a two-year contract with Widnes and will join the Vikings for the start of the 2015 season.

The 31-year-old, a former New Zealand international, had already been told he would not be offered a new deal by the Black and Whites next term.

He is in his third season at Hull after joining from New Zealand Warriors.

"I can't wait to get started at the Vikings once my duties with Hull FC are finished," he told the Widnes website.

Denis Betts' Vikings have made a fine start to the 2014 season - they lie fifth in Super League and are in the last eight of the Challenge Cup.

Heremaia continued: "When Denis picked up the phone and said Widnes are interested, then you have to listen, especially with what's been happening there and the journey they are on.

"I've been hearing so many good things about the environment on and off the field. It just makes it an easy decision for me to relocate with my family and be part of building something special."